You are here: Home / Features / A Place Both Wonderful and Strange: Four Games That Wouldn’t Exist without Twin Peaks 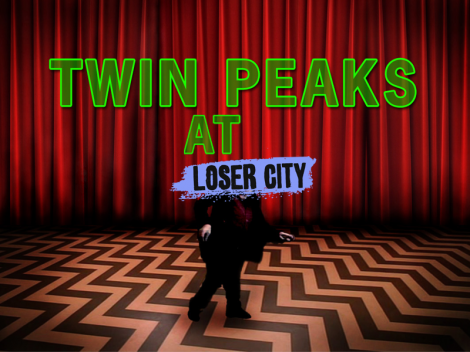 All week, Loser City is running Twin Peaks and David Lynch themed content in honor of the release of the new Twin Peaks boxed set, which came out on Tuesday. Up today is a rundown by Jake Muncy of some of the best games influenced by Twin Peaks.

Twin Peaks is not home to a lot of high technology. It’s an insulated sort of town, in its own pocket of existence that comfortably houses the bizarre and avant garde in interior decoration (interesting red stripes there, Twin Peaks High School) but approaches the rest of modernity with a bit of temerity. Despite taking place, presumably, in or around 1990, there are scarcely any clunky computers (hardcore fans will note, however, what might be an early desktop machine on the back of Lucy’s desk) and not a single Nintendo Entertainment System in sight.

Perhaps to answer this oversight, video game creators have been working Lynch’s surreal cult masterpiece into their games for years. Takashi Tezuka, designer at Nintendo, has cited the setting as inspiration for the dreamlike, questionably real Koholint Island that Link explores in Legend of Zelda: Link’s Awakening, and, as I’ve mentioned before, the juxtaposition of camp and tragedy in the Metal Gear series seems right out of Lynch’s playbook. Gaming is a medium that tends to wear its influences on its sleeve, and Twin Peaks is no different. Here’s a rundown of some of the Twin Peaks-iest video games out there.

Like on the morning after Laura Palmer’s death, fog hangs heavy over Silent Hill. Released in 1999, Silent Hill takes the juxtaposition of horror and the idyllic found in Twin Peaks’s rural setting and turns it up to eleven, ditching all vestiges of normalcy to deliver a small town turned into a hellscape. As Harry Mason, you explore Silent Hill after a car crash, searching for your missing daughter. Like Twin Peaks, Silent Hill is a battleground for incomprehensible occult forces, a strange sort of in-between place where good and evil fight for control of the town. In Silent Hill, though, it seems evil has won. The fog hides monsters and the few people who seem to have survived… whatever happened here. And in true Lynchian fashion, these survivors all seem to be a little, well, off, behaving and speaking in ways that just never seem to quite line up with the way real people behave, like aliens trying to blend in after watching nothing but soap operas.

At the time of its release, Silent Hill was praised as innovative for its focus on psychological horror over the more visceral jump scares more common to survival horror at the time. All the creatures here are designed to feel pulled straight from the darkest places in Harry’s unconscious, and Silent Hill feels at times like a blank canvas for the character’s worst fears to become realized. It was also praised, and rightly so, for the incredible and unsettling industrial soundtrack by Akira Yamaoka, which feels like the Twin Peaks soundtrack as covered by Trent Reznor.

If you’re the sort of person who would enjoy a supercut of just the scary moments from Twin Peaks, and whose fascination with it lies in the way the town serves as one big, haunted manifestation of Lynch’s conscious and unconscious preoccupations, and you haven’t played Silent Hill, you owe it to yourself to check it out. If you don’t have the means to play a PS1 game, check out Silent Hill: Shattered Memories, the quite good 2009 remake, which you can get on your PSP or Wii.

As Twin Peaks As: Bob popping into your living room to say hey.

Who killed Laura Palmer? While at some point it stops being the point, Twin Peaks is a mystery for a large part of its run. The question itself—who killed Laura Palmer?—is so embedded in the DNA of the series and pop culture that it feels totemic, a broad gesture toward the magnetic power of the unknown. Even after we learn the answer, the question maintains its power. For a lot of gamers, there’s another question with the same power: Who is the Origami Killer?

Heavy Rain (2010) is an ersatz adventure game, an interactive story told using quick time events and a heavy emphasis on player choice. It tells the story of Ethan Mars, a man whose son has been kidnapped by the Origami Killer, and the trials he goes through to get his son back. Like Twin Peaks, it reconfigures neo noir tropes to the service of its story—a visiting FBI agent’s role in the plot echoes Dale Cooper, and everyone in the plot becomes embroiled in tracking down the Origami Killer for their own complex and personal reasons, echoing the way all of Laura Palmer’s friends seem bent on unraveling the mystery of her death for themselves.

Heavy Rain was much lauded at the time of its release for its personal, powerful narrative, and it still commands a lot of respect for that, although it’s a bit more polarizing now than it once was, its QTE-laden gameplay feeling more disjointed and dated as time goes on. But like Twin Peaks before it, Heavy Rain starts by telling a mystery that quickly spirals outward, becoming a story of family, its grotesqueries and its beauties juxtaposed. That’s the thing about Twin Peaks: it’s a mystery that’s not about a mystery, a story structured like a rural take on noir that uses that structure to weave something that feels personal, that teases out the complex alchemy that makes the town and its residents what they are. If that’s a gesture that intrigues you, you could do a lot worse than Heavy Rain.

As Twin Peaks As: A criminally perfect slice of pie.

For the meta melodrama… 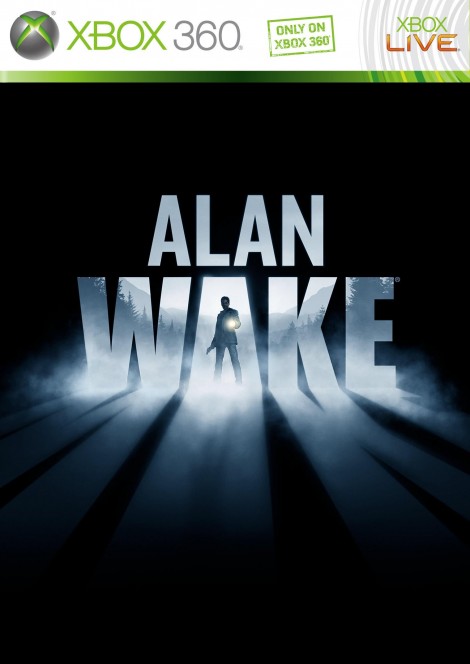 I’m going to level with you guys: I never quite got into Alan Wake (2010). To be honest, I think I was a bit impatient with it, and I intend to go back one of these days and spend more time with it. I seemed to have been in the minority here, though, as Alan Wake was critically acclaimed and most people would agree it’s worth checking out. Even if it was a bit of a mess, though, the set-up alone makes it an important stop for any Twin Peaks fanatic.

Styled after an episodic television melodrama, Alan Wake follows the titular character, an author, and his wife as they vacation in Bright Falls, a small town in rural Washington. Except his wife gets kidnapped almost immediately and everything takes a turn for the surreal and unsettling, as Bright Falls is revealed to be occupied by something called the Dark Presence…Basically, this game is what would happen if Stephen King wrote Twin Peaks and made the protagonist one of his self-inserts, complete with the unfinished manuscript that mysteriously comes to life around the hero.

Bright Falls is home to a colorful and strange cast of characters, and your interactions with these people during the day shape your actions during the night, where you’ll use the power of a demon-repelling flashlight (which is, to be fair, just a regular flashlight– demons are apparently pretty UV-sensitive) to fight the encroaching darkness and unravel the mystery of where your wife has gone and why you’re such a terrible writer (Wake’s novel has about the same amount of subtlety as Invitation to Love, and the parody is just as gleeful). In terms of style and structure, it’s hard to find a game that replicates so much of Twin Peaks in a gaming context.

It’s almost the front-runner in the quest for Twin Peaks-iest video game, except for… 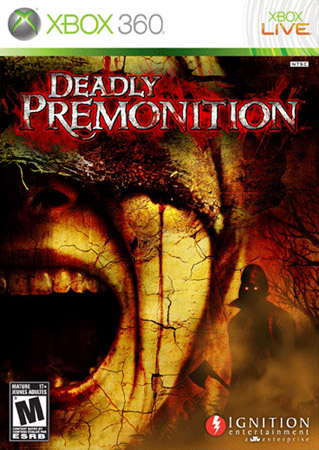 …Deadly Premonition, which is, frankly, a Twin Peaks sim. Also released in 2010, which was apparently a banner year for Twin Peaks games, Deadly Premonition is a psychological horror game developed by Access Games, and it’s essentially Twin Peaks filtered through the perspective of Japanese survival horror. You play as FBI Special Agent Francis Morgan as he visits a small town after the murder of the prom queen to investigate a supernatural serial killer, who turns out to make his residence in the town. He’s aided by the local sheriff, his deputy, and his assistant; he visits liminal supernatural spaces known as the White Room and the Red Room for guidance; he even receives cryptic support from a weird woman everyone calls the Pot Lady.

I could go on. For a while. The game also takes place in an open world, with all the characters operating on autonomous schedules and events happening in time with the game clock, leaving you to do the investigative legwork (or fail miserably). And I wasn’t kidding when I called this game a sim, either: you have to dress yourself, eat and sleep, and remember to maintain your car. You can also get fined by your bosses for shoddy performance, such as wearing dirty clothes (which means an FBI gig is at least a little more demanding than a gig at Loser City).

As you can imagine, this was a pretty polarizing game, both for its bizarre gameplay and its blatant riff on Twin Peaks. I can’t guarantee you’ll like it, but this is a game where you can run out of gas, get lost in the woods, and starve to death. That seems noble somehow.

As Twin Peaks As: Drinking a damn fine cup of coffee after getting a full-body tattoo of David Lynch’s beautiful, beautiful hair.