You are here: Home / Features / The Scream: Remembering Chester Bennington’s Voice and Why It Connected with so Many 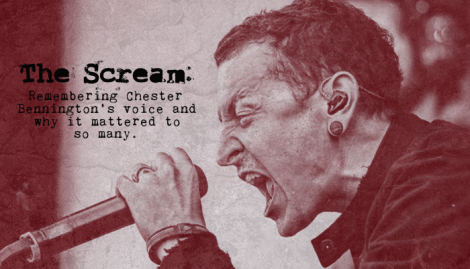 When we talk about formative influences in music, it’s usually an artist or band that you patterned yourself after: dressed like they did, plastered your bedroom walls with their posters, decorated every surface -physical and digital- with their lyrics. That all encompassing teenage enthusiasm that’s been an unshakable part of the culture since The Beach Boys at the absolute latest.

Linkin Park never represented any of that for me, so at first I shocked myself at just how heavily the news of Chester Bennington’s suicide hit me. I bought all their releases up to Minutes to Midnight including the Reanimated remix album, Collision Course mash up with Jay-Z, and Live in Texas DVD/CD set, but I never felt like they were part of my DNA until Chester’s death forced me to revisit an incomplete epiphany I had about his and the band’s impact on my life in the fifteen plus years since their debut.

Music writers across the spectrum are chasing after what they think the Rosetta Stone that unlocks Linkin Park’s appeal and importance to the millennials that came of age with them is, and I’ve seen some compelling cases like The Ringer’s Rob Harvilla pointing to “Shadow of the Day,” but for my money it was Bennington’s live cover of Adele’s “Rolling in the Deep” at the 2011 iTunes festival that started to put the pieces of the puzzle together in a coherent way.

When it first went viral, the narrative attached to it was the same kind of performative amusement that people react to a monkey riding a dog like a pony with: Bennington was executing a trick beyond what people thought his natural abilities or inclinations were. It was a novelty act, kind of like Lady Gaga skeptics reacting to her first widely shared acoustic performances. What struck me about it was just how natural the Adele lyrics felt coming from him.

Seated at a piano without even Mike Shinoda’s accompanying rapping is about as far from Bennington’s natural habitat as it gets, but he was truly in his element singing the words written for Adele. That intimacy, raw emotion, and regret tinged with self righteousness is the expanse of the Venn diagram between Linkin Park and Adele. It’s a shame that Adele didn’t reciprocate the cover in Bennington’s lifetime, because her rendition of “My December” or “With You” would have clarified once and for all just how similar the two singers’ sensibilities and approaches to break up music have always been.

That deep sincerity is the insurgent quality in Linkin Park that music critics are paying homage to now more than ever, and while it’s a welcome vindication of the band’s massive success, it doesn’t do justice to just how transformative that aspect of their work was when they debuted with Hybrid Theory in 2000. I was a sixteen year old queer kid at the time who didn’t know what that meant yet or how to express it, so I spent a lot of time confused, angry, and scared.

The bands that spoke the most to me, the ones that absorbed the bulk of the teenage angst out of me and fed back the seeds of the adult I’d eventually become were Garbage, Marilyn Manson, and Nine Inch Nails, the kind of stuff that would get you sent to the school counsellor’s office and further marginalized by your classmates. Being a disaffected teen in the years between Columbine and 9/11 was a uniquely Orwellian experience, especially if you were a girl that everyone insisted was a boy meant to be asserting some kind of manhood. I never had the bravado that some of my classmates did, daring to dress goth and hang Marilyn Manson posters in their lockers going to Catholic schools in Canada’s conservative heartland. I kept it all hidden away, treating my copy of Mechanical Animals like contraband, envious of the guts they had for standing up to the people who took the phony affidavits about Manson tearing puppies apart at concerts as gospel truth.

Internalizing everything, keeping my real passions out of the margins of my notebooks and the inside of my locker door, didn’t stop me from being seen as the kid who was going to bring a gun to school, making my life even more of a living hell than it was probably destined to be. Looking at Linkin Park now, they’re clearly the outgrowth of the popularity of the rap-rock wave pioneered by the likes of 311 and mainstreamed by Limp Bizkit and Korn, but to a kid like me, there was a critical difference between Linkin Park and its forebears: Bennington’s scream.

Fred Durst certainly belted out more than his fair share of lyrics about failed relationships, from the post-punk inflected George Michael cover that launched them to international fame onwards, but Durst was a man who thrived on airing grievances and entitlements, the central subject of years’ worth of music journalism about the primacy of the “angry white male” archetype that dominated media in the trifecta of his oeuvre, the rise of South Park, and the seemingly endless excesses of WWE’s notorious Attitude Era. 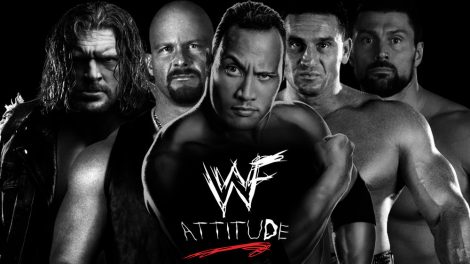 Korn frontman Jonathan Davis has always been a more sensible model for an immediate forerunner to Bennington for the raw, sincere way that he communicated his childhood trauma and built it into the brand’s image. Davis’ disaffection, however, was always intentionally difficult to metabolize and he cultivated himself as an oppositional figure who was just as married to shock and the grotesque as the zeitgeist he thrived on the fringes of.

Linkin Park represented a kind of crawling out of the wreckage of the Columbine age, emerging from the hypermasculine embrace of binge and purge rage that defined Limp Bizkit, Korn, and Eminem as well as their many imitators to reclaim the kind of sincerity that got you beaten down and put on a watch list. There’s an argument to be made that Bennington embodied a manifestation of The New Sincerity for the particular genre Linkin Park came out of; a kind of Nu Sincerity for the Nu Metal scene that only acts like Evanescence or The Birthday Massacre could pull off by virtue of having female lead singers. Even Mindless Self Indulgence’s Jimmy Urine felt the need to shore up his most revealing songs of the era like “Unsociable,” “Faggot,” and “Bed of Roses” with postmodern ironic distance and a refusal to own the emotion behind them.

Hybrid Theory was a crossover hit that came with notable dog whistles for the teens left behind by the Columbine witch hunts. Bennington spoke to a huge range of repressed emotions, but it’s hard to find a group he spoke to more loudly than millennial anime enthusiasts still years away from the mainstreaming of their hobby. Bennington’s scream was just as cathartic for them as anyone else, but it came in a tone and timbre they recognized as uniquely theirs: the scream of the shounen hero at his breaking point.

In the last couple years before YouTube launched, when it was an incredible chore to edit, compile, and upload a video to the Internet, the tiny niche hobby of Anime Music Videos were inundated with aggro mashups of Dragon Ball Z and Linkin Park’s screamiest songs. I was, of course, toiling away making nihilistic Neon Genesis Evangelion videos set to Marilyn Manson songs, but there was no avoiding the deluge of what ended up being referred to as Linkin Ball Z videos. A generation of marginalized anime fans had found their voice and it was Chester Bennington’s scream.

What that scream did was invite you to be a whisper in it, to have a foothold in the popular culture even if you couldn’t bring your full self and your brand of sincerity, whether it was Nine Inch Nails or Dragon Ball Z, out in the open. It wasn’t high art, but it was an invitation to share in a moment when it was most desperately needed by a generation, and that’s what makes Bennington’s death, and its circumstances, so acutely painful.

Bennington didn’t hide his emotions and struggles under layers of bravado, misogyny, homophobic slurs, and gross out comedy like his immediate predecessors. He stripped it all away to a single voice in a cacophony, clearing a space to feel something and feel it openly in an era when every nerve screamed at you to bottle it up. Linkin Park may not be one of the things that made me, but it, and Bennington most of all, was the mortar that held the bricks of what I became together.

Emma Houxbois is a fiercely queer trans woman from the wilds of Canada, most recently spotted in the Pacific Northwest. She has both a witty rejoinder and a WWE t-shirt for every occation. She has written about comics for the web since 2005. Follow her on Twitter @EmmaHouxbois