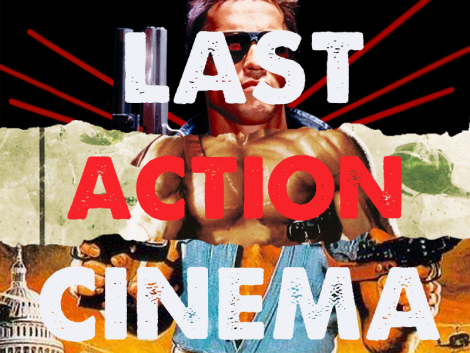 Here at Loser City, we’re unabashed genre fans but even we recognize that action films can often be difficult to defend. Lucky for you, we’ve decided to look back at some of the best and/or weirdest examples from the genre, analyzing what it is about these works specifically that allows them to remain so potent long after their creation. Today, Chris Jones remembers The Devil’s Express (aka Gang Wars), Barry Rosen’s go-for-broke merger of kung fu and blaxploitation films from 1976, newly available on streaming services.

The first three things the viewer is made to read in The Devil’s Express are, in order: a title card that reads “CHINA, 200 B.C.,” the name of the film, and then the name of the lead actor, which is, and this is real, Warhawk Tanzania. Five minutes into the movie, Warhawk—a blaxploitation martial arts warrior with a body and mustache that makes Jim Kelly look like Tom Hiddleston–threatens to kill a cop if he tries to recruit him into the force one more time, and 20 minutes after that a Chinese ghost possesses a pimp on a boat and wanders into the New York subway to maim and eat people, including an old man in a golf sweater and a subway rapist. If you read all that and immediately thought “this sounds like a perfect movie,” I have good news: it is. But The Devil’s Express isn’t only a ceaseless font of delightful mayhem; like the best B-movies, it excels in ways you would never expect it to, and has a heart, wit and intensity of purpose that I can only hope will lift it away from the dark well of obscurity now that the picture is available on streaming services.

Like the Abel Ferrara films that would proceed it, The Devil’s Express makes use of 20th century Manhattan’s boisterous sleaze to tell a story with more depth than one might initially observe. While ostensibly a tried-and-true supernatural horror plot brought to life with roundhouses and shirtless knife fights, the film has a strong thread of social consciousness that not even its silliest antics can bely. Warhawk (he has a different title in the movie, but I’m not going to use it) and his almost-as-awesomely-named protégé Rodan end up tracking an evil presence back to the ghetto with them from their martial arts retreat in Hong Kong, but the confusion doesn’t stop there: law enforcement ends up conflating the monster’s murders with an incipient gang war brewing between Rodan’s crew and the Chinese mob, fraying an already volatile relationship between Warkhawk’s dojo and the police. As the man himself puts it at one point: “They’re gonna come for us, and since they know we’re martial artists they’re gonna come with shotguns.”

Much of the movie gravitates around this careful dance Warhawk must play with the NYPD, keeping them at arm’s length without bringing needless heat and suspicion down upon his community. His hostile friendship with Cris–a detective he gives free lessons to as a favor for disappearing his charges against murdering a drug dealer–is a genuine wonder of low-budget chemistry, two upstanding men who can never nurture that shared kinship always present in noble souls without sabotaging one another’s life and reputation. It’s not what I’d call a subtle commentary on race relations, but it also doesn’t come at you with a claw hammer, and it grounds a fantastical story in an appreciated frame of warmth and emotional realism.

The Devil’s Express brims with this sort of personality. A jump-scene of a mutilated corpse is introduced to us with a segment of a lunatic woman roving between subway cars, muttering and craning and jeering at passengers in that hard-to-place singular way that crazy people only seem to possess on New York public transportation. A fight at a dive bar is broken up by a waitress who suplexes and roll-kick’s her way into a truce between the two combatants. “They must not’ve known that fine sister knew karate!” laughs Rodan—and indeed, why wouldn’t that fine sister know karate? Even Cris’ lunkheaded rookie sidekick, an oblivious square-jawed goober from Harvard who represents the fruits of the unit’s most venal political machinations, manages to charm the patrons of the aforementioned bar with his yarns about mutant alligators infesting the subway. Nothing in this film is evil except for that one demonic presence which is overtly stated as such; all other elements have weight and dimension. 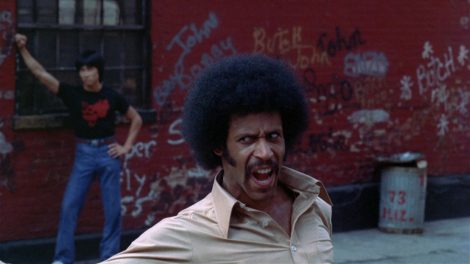 Even the film’s humble aesthetic components are implemented with ingenuity and character. When the demon first sheds his skin he lets out a series of bone chilling shrieks that practically beg some enterprising Youtuber to launch a How Did They Do That? style investigation into how the noise was achieved; a crucial fight scene near the end features a total audio dropout paired with manic frame-to-frame editing that would give Gaspar Noe himself a stomachache. Deaths are always remarkably, imaginatively gruesome and the music seamlessly flits between propulsive jazz-rock and morbid sound collage as needed. It’s as thoughtful as production values get in grindhouse, every bit the equal of The Five Deadly Venoms or Sweet Sweetback’s Badasssss Song.

Look, when I called The Devil’s Express a perfect movie at the beginning of this thing, I wasn’t really joking. The film accomplishes its goals flawlessly. It’s 83 minutes of pure entertainment buttressed by a tremendous heart and impeccable DIY craftsmanship, and no B-movie enthusiast has an excuse to miss out now that it’s on Amazon Prime. Like its contemporaries in Death Race 2000 and Hausu, The Devil’s Express proves that Good means Good regardless of the boundaries set by budget or genre.