You are here: Home / Features / Last Girl Standing Fails to Deliver on Its Promising Premise 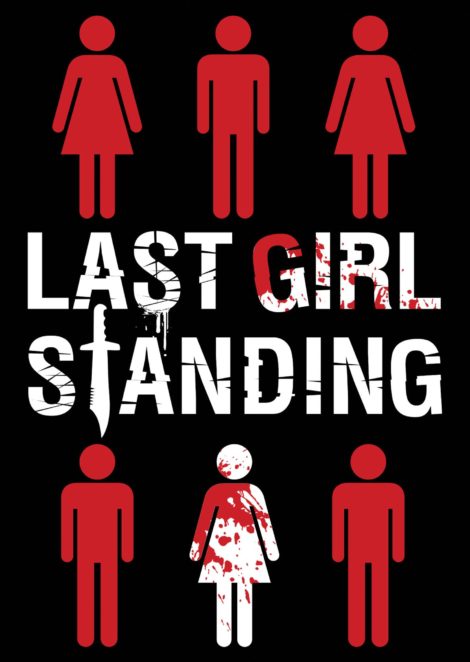 What happens when the credits roll on a horror movie? What happens to the “final girl” after she’s spent a night in the woods being chased by a serial killer who murdered all of her friends? These are the questions asked by writer-director Benjamin R. Moody in Last Girl Standing. Unfortunately, Moody’s answer to what happens after a horror movie ends appears to be… another horror movie.

The film begins with a cold-opening that plays like the end of a standard horror movie with the lead, Camryn (Akashi Villalobos), fleeing from a sadistic slasher before accidentally killing him. This opening is perhaps the weakest sequence of the film and exposes some of the film’s greatest flaws right out of the gate. The score with its repetitive stings to indicate the arrival of danger is generic and obtrusive, suggesting how the audience is meant to feel in fairly broad strokes. Villalobos’ performance is at its weakest when she is tasked with simulating the pain of impalement or being overcome with terror. And actually seeing the slasher die in the opening does a lot to undercut the tension of several later sequences in which Camryn hallucinates attacks from her deceased tormenter.

The hallucinations are played to make the audience question whether or not they may actually be real, but the possibility of a serial killer returned to life is never truly viable given the grounded nature of the film. The opening titles even go so far as to describe Camryn’s ordeal in a newspaper headline as being “’like a horror movie come to life’” which establishes a baseline level of reality akin to the one the viewer resides in. The film– with Camryn’s dreams that flashback to the horror she endured and whose hallucinations offer a glimpse into the terror she must have felt– might have been better served by omitting the opening entirely in order to more adequately ride the line of psychological horror by making the viewer question the validity of the reality that Camryn is experiencing. A sojourn to the killer’s grave late in the film carries no tension when his death had previously been shown on camera and confirmed in the opening titles. As it exists, there’s no existing tension in the film which really cheats focus away from the more interesting story of how Camryn’s life has been shaped by her traumatic experience.

Much of the film concerns itself with Camryn’s budding romance with a new co-worker, Nick (Brian Villalobos), and there’s a verve to seeing them awkwardly flirt. Nick’s character isn’t much on paper considering the film makes a point to have other characters point out how he’s smart, funny, and charming enough to be everyone’s best friend from the moment they meet him; the fact that Brian Villalobos is able to ground that character in his scenes with Akashi Villalobos registers as impressive. Judging by their last names, it’s likely that the easy chemistry between Akashi and Brian Villalobos comes from a real place for them and the film takes advantage of it when they’re together. It’s a shame that they don’t spend more scenes together as they’re the closest this mumblegore picture really comes to finding a compelling answer to the question it has posed. A stronger focus on Camryn’s life with PTSD without the rather unfortunate direction it takes the movie in the final act and her budding relationship could have made this a compelling drama about what happens when the horror movie’s over. 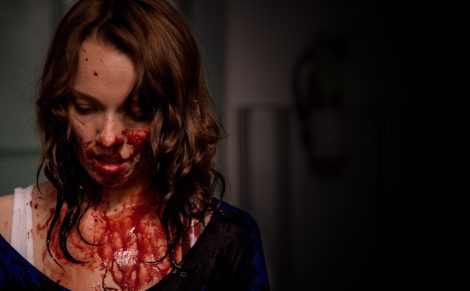 The final 15 minutes of the film end up being a slog to sit through as the corn syrup budget comes into play with a cast of loosely defined characters slathering it on. The movie’s final say on what happens with its traumatized protagonist and its final scene in particular are troubling from a real world standpoint rather than that of a horror film. Victims being turned into perpetrators by surviving their experiences is a dubious development that spits in the eye of the small successes that the film had built up until that point. The character the audience has been invited to empathize with is ultimately just “crazy” and inevitably infects others with her mental collapse, robbing the audience of any attachment to the events of the final act and interest in what happens once the horror movie ends.

Last Girl Standing is now available on VOD. Check its site for details.

Mark Stack is the publisher of Comics Bulletin  and a budding comics writer. He has been published by The Establishment, Eat.Geek.Play and more. He’s on Twitter at @MarkOStack