You are here: Home / Features / Mario Maximalism: Super Mario 3D World and What Mario Should Learn from Kanye West

A couple months ago, I bought a Wii U. It’s the first Nintendo home console I’ve owned since roughly 2006, when I ill-advisedly sold my Gamecube to, uh, I don’t remember, buy an Xbox or a pipe bomb or something. I’ve missed my Gamecube a bit ever since: there’s something uniquely delightful about a good Nintendo console game, a well-developed Mario or Zelda or Metroid. It might be just how carefully crafted and polished they are, or it might be a function of nostalgia, but there’s a refreshing pleasure there that I don’t get from many other games. Call it Nintende se quoi.

So when I first popped in the disc for Super Mario 3D World, which came bundled with my Wii U, I felt all the excitement and trepidation of reuniting with an old friend. The newest Mario game I’d played, after all, was Super Mario Sunshine, over a decade ago. How would it feel? Would Mario and I even recognize each other after all this time?

In an important sense, I needn’t have worried. Super Mario 3D World is nothing if not familiar. 3D here is a bit of a misnomer: this is Mario in something like 2.5, a viewpoint that feels almost isometric at times, largely side-scrolling but with the ability to move on the third plane as well, sometimes a necessary ability, often just a great way to accidentally fall to your untimely death. By utilizing that perspective, the game is able to feel more modern than older Mario games while using essentially the same structure as the NES and SNES titles: a number of worlds with discrete stages, each stage ending with you jumping on a flagpole and each world ending with a castle and a boss fight against Bowser or one of his minions.

The basic structure isn’t the only element that’s borrowed from earlier Mario titles. In fact, nearly every element here feels taken from somewhere else. There are stages where you have to rotate the camera, like in Super Mario Galaxy; the jumping moves and wall-jumps are straight out of Super Mario 64; there are moments where you can control multiple characters at once like in the Mario & Luigi games, etc, etc, etc. Nearly every conceit from every Mario game is here one way or another, along with a bevy of new elements and ideas. In fact, every corner of this game is bursting with some mechanic, some new powerup, some novel task to keep you occupied. There’s a cat suit that lets you climb up walls to reach hidden areas. There’s a dinosaur (Plessy, who, bless his heart, is the cutest) you ride as he slides around on his belly, inexplicably his only means of transport.

On top of that, the game has collectibles coming out its ass. Each level has three green stars and one stamp, and collecting them all requires stubborn completionism and competent play, as they often necessitate you using a specific powerup to reach. There’s a lot to do here, is my point. So much to do, and it all feels comfortably familiar. Despite that, however, my playtime was always perplexed by a nagging sense of boredom. There was so much to do, but I never actually wanted to do any of it. Despite Super Mario 3D World doing everything it possibly could to keep my attention, I only had to play for a few minutes before I felt myself wander, putting the gamepad down in search of something more stimulating to do.

I have a theory that you can define just about every Mario game based on World 1 or its equivalent. In Super Mario World, for instance, the Mario game I’ve spent the most time with, World 1 consists of a few basic stages that introduce the core gameplay elements within a mostly unified aesthetic, a grassy-hilly island. One level introduces Yoshi, another shows how water works in Super Mario World, and there’s also a switch level, introducing the mechanism whereby you can fill in blocks in the greater world by finding and activating the right switches. The levels are fairly leisurely and unchallenging, and they all iterate on the basic walk-from-left-to-right structure in slow, measured ways.

In contrast, Super Mario 3D World’s World 1 is significantly less coherent. It tries to do the same thing its SNES sibling does, introducing all the elements necessary to understand and play the game, but it fails to do so in a way that feels measured or even necessarily logical. The levels force you to acclimate to different forms of camera positioning, multiple new powerups, new mechanics, new secrets, a means to discover hidden platforms and items that involves blowing on your Gamepad (which is never, ever a good idea, Nintendo designers, it feels absurd), the aforementioned Plessy, and the first Captain Toad level, which, despite being charming and fun enough to support its own standalone game (hey, somebody should make one of those…), here just adds to the clutter.

The levels also ditch aesthetic cohesion, with one level taking place in a technicolor chrome circus and the castle somehow ending in a boss fight against a convertible-driving Bowser. 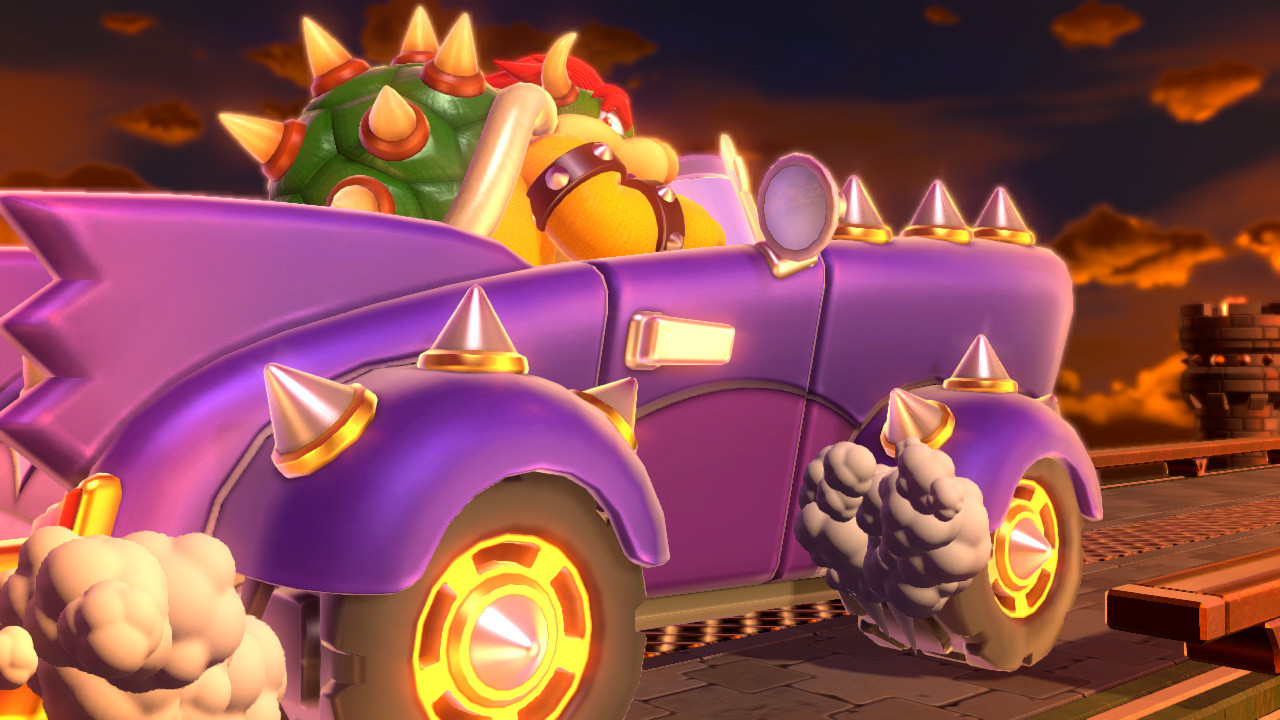 That wasn’t a joke.

It doesn’t hold together, really, and it’s hard to get invested in the play. The novelty, instead of being exciting, was dulling. If every Mario is defined by its World 1, Super Mario 3D World is anxious and hyperactive. “Don’t like that?” it says. “Well, how about this? Or—or this? Um, are you having fun yet?”

“Runaway,” the centerpiece of Kanye West’s My Beautiful Dark Twisted Fantasy, begins with one note, a single chord played on the piano. Plink. Plink. Plink. For a long minute, the track is nothing else, no other sound but that insistent yet intermittent chord. Plink. Plink. Plink. This is probably the most powerful moment on the entire album, the emotional start of the emotional climax. And it’s mostly silence.

Silence isn’t what we really remember about My Beautiful Dark Twisted Fantasy, however. The music critic’s word of choice here is “maximalism,” a sense of bigness, of digging out every element Kanye had at his disposal and throwing it together in a production booth blender. Kanye’s 2010 opus is about bigness, excess, always more, always further, no one man should have all that power. And yet. Plink. Plink. Plink.


This is how Kanye’s maximalism works; with silence, with blank space. There are moments on the album where he simply raps over a beat, or where the backing music takes over completely. These calmer, quieter moments recalibrate you, let your attention rest so you can pick up subtleties and dig into the complex energy when ‘Ye goes big.

Super Mario 3D World is missing blank space. Every moment is filled with the white noise of collectibles, remixed ideas, and attempts at flashy design. It never feels like you get to rest here, or just do Mario things without having to deal with all this other stuff. There’s a simple joy in Mario, the joy of progression and well-timed jumps and killing things by stomping on their heads. But you’re never given much of a chance to recalibrate to that simple pleasure, that quiet. And without that, Super Mario 3D World’s maximalism mostly just feels like noise.