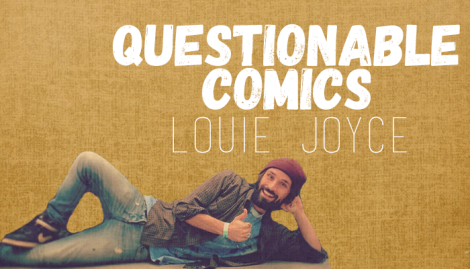 Questionable Comics is a comics creator survey series, with Dan Hill presenting sets of questions to professionals from all corners of the comics industry. Today’s Questionable Comics features Louie Joyce, who is currently the artist behind Past the Last Mountain with Paul Allor.

At the moment I’m working on two one shots. One with Alex Chung, who I previously worked with on the Countdown Until Now anthology and another with Ryan K. Lindsay that we’ve been meaning to get to for awhile. Both extremely awesome projects that I’m really excited about. Great done-in-one tales and that are tons of fun to draw, and very different from another.

Right now? A mess. I have an office, but since my son’s arrival in September it’s become a storing ground for shit we can’t deal with.

It’s normally pretty tidy though. I’ve got a Cintiq setup and my wife has a desk in there too, which I’ll use when I’m working with traditional mediums. And of course a shelf full of comics and art books for inspiration!

I go through phases. I’ll spend a few weeks listening to nothing but music. Reggae, hip hop, instrumental stuff, Bollywood hits are a fave! Then it might be all podcasts for a week or two. Or movies/TV shows playing in the background. Sometimes silence is best.

Lately I’ve been listening to old Final Fantasy game soundtracks, which is probably my favourite thing to work to.

A page from Past the Last Mountain, Louie Joyce’s new series with Paul Allor

That ol’ chestnut of having to draw a thousand or something pages before you really start to get any good. It reminds me not to be too precious with what i’m working on or think that I’m going to create some masterpiece anytime soon. The worst thing that can happen is that you’re so concerned with making “great” work that you never actually create anything.

Can’t remember who said it to me, but it’s something I repeat to myself often.

I don’t know that I have a specific way of preparing, but I seem to work best when I get up and get started early. Sometimes I do warm-up sketches and stuff, but more often than not they’re actually a form of procrastination.

Mostly digital at the moment. I try to do most of my sketching and conceptualizing stuff on paper, but for work and comics the speed of digital is needed otherwise I’d never get anything done!

That being said, I do try to think about what approach will best suit an illustration or project before starting, both in terms of medium and style. It’s fun to experiment and when you combine digital and traditional mediums effectively you can get some really nice results.

I don’t do anywhere near as much sketching as I should, I need to draw from life more often. From that all aspects of my work will improve. It sounds so simple, but it really is the best way to grow and stay inspired as an artist.

I also need to practice writing more. I love telling my own stories, but everything I’ve done up till now is mainly visual. There’s a bunch of ideas I’ve got which will involve actual writing to turn them into fully formed stories. 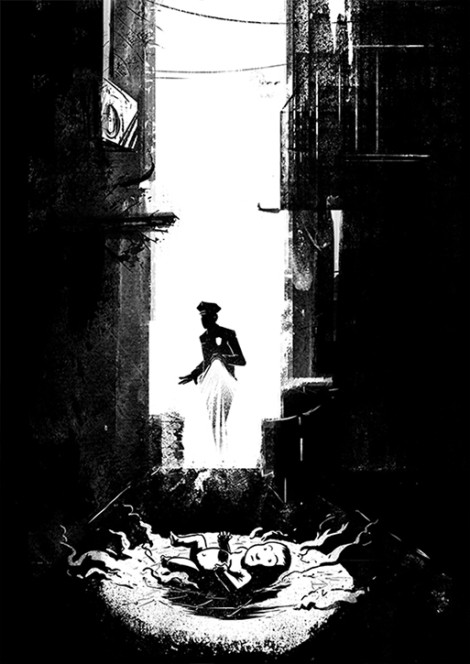 As I said getting up early and getting stuck into it seems to work best for me. Though now with the baby, pretty much any time I can find is the best time!

Hayao Miyazaki, Paul Pope, Moebius, Brandon Graham, Yuko Shimizu are all creators whose work I constantly look to for inspiration. There’s heaps more though, way too many to list. We live in a fantastic time for comics and illustration where the quality of work is incredibly high and access to stuff from all around the world is so much easier. It’s hard not to discover some new amazing inspiration every day!

At the moment I’ve really been enjoying Jake Wyatt, Jillian Tamaki, and Glynn Dillon’s work. The Nao of Brown by Glynn Dillon was amazing! Oh yeah, and Ronald Wimberly!