Ross Benes recently wrote a Deadspin article that had some…interesting advice about how to have fun at a party while abstaining from alcohol. But did you know there are a host of other situations where drinking is considered the norm, and your teetotaler lifestyle may leave you with a social black eye if you’re not careful? Here are five more situations where people will be drinking, and some handy tips for having fun and staying sober!

HOW TO STAY SOBER: If you’re in AA, the last person you want to piss off is Jesus. Refusing the blood of the Lamb is like wiping a booger on the curtains of the Heavenly palace. If you’re taking Communion, it’s fine to have a sip of Christblood. In fact, go ahead and think of this one as a cheat; getting in good with the Holy Spirit has to precedence over admitting powerlessness over alcohol, I would imagine. Once everyone has left you can ask the priest if he has an extra cask in the cellar, and by the way did he notice the collection plate might have felt a little heavier than usual this lovely Sabbath morning? 😉

“So what did you think of The Hateful Eight, Timmy?”

HOW TO STAY SOBER: Kids are boring dumbasses, so there’s a decent chance all your friends over 16 are going to be drunk off their tits by around 2 PM. Well, make new friends! With the birthday kid! Ask them what their favorite subjects in school are, and when you get tired of talking to someone who can barely think or speak, head over to the snack table and grouse over the salami and cheese (don’t move away from the child too quickly, lest you arouse suspicion and find yourself under the watching, hateful gaze of their parents for the rest of the day). Then go sit in the cellar. Like no one else has ever sat in the cellar during an 8-year-old’s birthday? Fuck you. 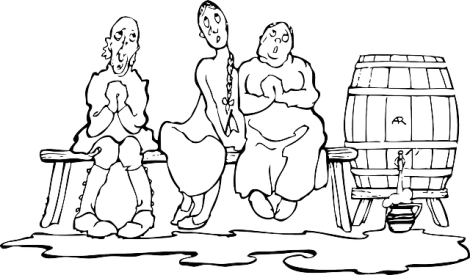 HOW TO STAY SOBER: If you’re a recovering alcoholic you probably shouldn’t be at a keggar in the first place, but if you find yourself at a sordid frat party there are ways to make the situation less awkward for everyone. If someone asks why you don’t drink, give them some vague bullshit and rapidly change the subject, like you’re an opossum scrambling out of a garbage can. And if some tawny Neanderthal named Horse insists that you have a beer, oblige him! You don’t even have to drink it, or take more than a little sip. Remember, they’re not being rude for disrespecting your decision not to drink, you’re being rude by not indulging a drunk stranger’s childish whim.

BONUS TIP: If by chance you find yourself on the keg stand, it’s easy to ingest a modicum of alcohol and then spit it right back out. “Oh, I’ve already had so much to drink, guys! Wooo! Parrrrrrtay!” If you’re lucky, you might even get off with only a light hazing once the alpha-males see through your obvious deception.

To not drink would be downright unpatriotic, son

HOW TO STAY SOBER: I don’t know man, just have a drink. Don’t be a pussy. 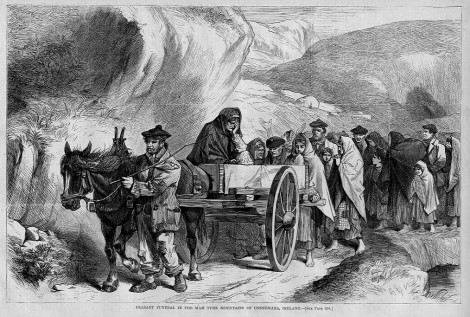 We marched all the way up this mountain to bury Aunt Sandy, so don’t even think about turning down Uncle Rufus’ moonshine.

HOW TO STAY SOBER: No one wants to be the bummer at the wake. Oh, you can’t have wine? Aunt Sandy can’t breathe. Ever again. Don’t be the spoilsport who refuses the shots of whiskey Uncle Rufus is handing out; you know how much he loves whiskey, and he just lost his wife, he’s unstable, let’s not think about this right now. Quickly throw the whiskey into your eyes. It’ll burn like hell and you’ll likely fall to your knees and start screaming and wailing. You can even try to pass off the spilt liquor as flowing tears of grief. Not only will you have stayed sober through yet another stressful social gathering, but you’ll also almost definitely come off as the most aggrieved mourner of the night.

Alternatively, you could just stand by your principles and not bend your social life around a series of thin-yet-Byzantine excuses for the sake of people you’ll likely never meet again anyway. But that’s boring and hard, and if you can’t get good at thin, meaningless small talk then what’s this whole ride been about, anyway?