You are here: Home / News / “Supergirl Lives” In A Strong Start To The Season’s Back Half 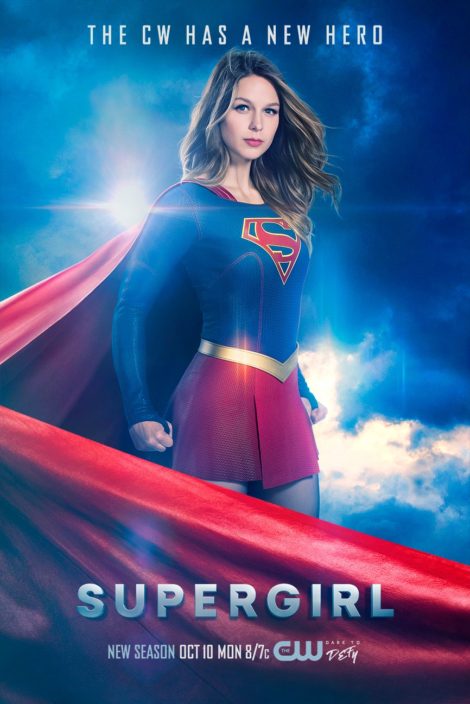 In addition to having to pick up the momentum of all of Supergirl‘s various plot threads, “Supergirl Lives” also has to deal with the show’s hiatus building up the cultural conversation around it into something a bit more than “just another superhero show.”

By laying the groundwork and organically coupling up Alex and Maggie, Supergirl made a statement and the real-world results have been very heartening. Doubtless, if you’re a fan, you probably remember the Twitter thread that went viral detailing a comic shop employee helping a fan navigate her realization from watching Alex explore her sexuality realize that she was also queer.

That’s powerful stuff–and great PR for the show into the bargain–but stories like that also place some expectations on the show, meaning chiefly two things: 1. Is Supergirl going to fall into the hoary trap of “Kill Your Gays” like its CW stablemate The 100 did to mass outrage? 2. Where will the show go from here?

If “Supergirl Lives”–written by Eric Carrasco, Jess Kardos, and Andrew Kreisberg and directed by Kevin Smith (yes, that one; more on him in a minute)–is any indication, the answer to these seem to be, respectively, “No” and “More of the joyful adventures we’ve been providing.” This is a solid comeback episode that finally sees some off-planet action happen for a change.

While in a funk that all her important bad guys seem to have vanished and she’s left to stop jewel thieves, Kara encounters a frantic mother at CatCo pleading for help finding her runaway daughter,  Izzy (Harley Quinn Smith). Perpetually irked Snapper–not as annoying here as he’s been, for some reason–ignores the story because he feels it’s unimportant but Kara sets out to prove him wrong. Naturally, this leads to more trouble than she bargained for.

Kara and Mon-El, taking a break from his new job replacing the imprisoned M’Gann as bartender at the “alien bar,” trace Izzy and similar disappearances to a blood-work clinic. Which turns out to be a front for sending people to the planet Maaldoria or “Slaver’s Moon” as part of a scheme cooked up by Roulette (Dichen Lachman). To make things worse, the planet’s under a red sun so they can’t use their powers.

Not only being the show’s first with the majority of the action set in space, but helmed by a splashy name like Smith (who’s directed two episodes of The Flash as well as the pilot for one of the CW’s first original shows, Reaper), this episode has a lot to live up to. Luckily, it does, with Smith proving to actually be quite good at television-level staging and direction, suggesting that maybe he should’ve aimed there instead of movies. While some of the action scenes are a little hard to follow, Smith’s natural talent for getting the best out of his actors–and the absence of his typical showy dialogue–leads to some great moments between Kara and Mon-El as well as Alex and Maggie and a wonderful monologue from Winn as he deals with fallout from almost dying at the start of this episode.

Speaking of Alex and Maggie, there’s a wonderful bit of Alex flipping out after Kara goes missing and taking it out on Maggie. It’s a tense, gripping moment that leads to genuine growth in the relationship. It’s fascinating stuff and hopefully the rest of the season follows up on it.