You are here: Home / Features / On Eddie Berganza and the Misperceptions of Wrongful Dismissal 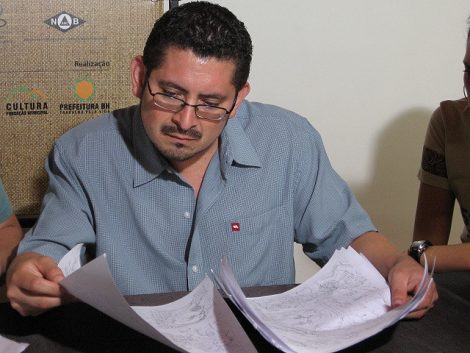 Since it has now become public knowledge that Buzzfeed will be reporting on the Eddie Berganza situation at DC Comics, and thus might very well cause DC to finally take firm action on Berganza or at least inspire more people to demand action, it feels necessary to discuss one of the most frequently asked questions about Berganza: why couldn’t DC just fire him? It’s actually a pretty easy question to answer: there is no reason why they couldn’t. But over the past five years that Berganza’s behavior has been whispered about in the comics industry, people have nonetheless been convinced that something prohibited DC from firing Eddie Berganza, namely the concept of “wrongful dismissal,” or the idea that it would be legally wrong for DC to fire an employee they had already allegedly officially disciplined.

Wrongful dismissal or termination mostly refers to ending one’s employment for reasons that have nothing to do with job performance or behavior. It usually breaks down to one of four categories, which Wikipedia summarizes as such:

Obviously, the first three of these categories do not apply to Berganza. The only one that might be considered relevant would be the fourth, regarding DC’s employee handbook procedures, and there is some indication that DC manipulated the internal reporting of Berganza’s offenses so that a group of accusations were treated as one complaint (more on this later). However, even if the situation with Berganza could be applied to this category in a general sense, there remains one very significant problem. New York, where DC was headquartered at the time of the main incidents with Berganza, is an “at will” state, meaning that DC was under no legal obligation to provide a reason for firing someone since their employment was considered at will.

Most states operate like New York, often making legitimate wrongful termination cases, like in the case of discrimination, difficult to prosecute. The lack of a required explanation means an employer could come up with any number of excuses for why they fired someone that don’t fit the alleged discrimination. As the firm of Schwartz, Perry and Heller, who specialize in wrongful dismissal cases, puts it:

“The term “wrongful termination” is misleading because in New York and most other states, without a written agreement for a specific term, employment is “at will.” The law allows your employer to fire you on a whim or for a totally arbitrary reason…Employers may fire you if they don’t like you, or even if they just don’t like the clothes you’re wearing. In other words, it is not illegal for employers to be “mean” or to be “wrong” when they fire you.”

So there was nothing legally stopping DC from firing Eddie Berganza in 2010, or 2012, or in any of the years after the main alleged incidents, and the only way DC could have been at risk for a wrongful dismissal case is if they willingly manipulated the situation so that the complaints against Berganza were treated en masse rather than as unique incidents. The only logical conclusion, then, is that DC did not fire Eddie Berganza for one simple reason: they did not want to.

Where this becomes even more troubling is that by not firing Eddie Berganza, DC arguably created a hostile work environment and thus opened themselves up to a lawsuit from employees who did not feel safe or comfortable near him. By doing this, DC quite possibly did break a law and there is far stabler legal ground for Berganza’s victims than there would be for Berganza even if DC was located at the time of the main alleged incidents in a more employee-rights friendly state, like California.

As tempting as it is to believe something was restricting DC from terminating Berganza’s employment– and the theories about that range from the more rational if misguided concept of wrongful dismissal all the way to the absurd belief that Berganza has been blackmailing his superiors– it is abundantly clear that Berganza’s superiors at DC valued him more than his victims. Even DC’s HR department, whose job it is to limit the liability of the company, chose to forgo the responsibilities of their position and instead work towards keeping Berganza in his position at the risk of a major discrimination lawsuit. The unofficial position DC and HR adopted, to effectively quarantine Berganza in an all-male office, is astounding in how legally risky and discriminatory it was.

Sources who were involved with the group complaint against Berganza in 2010 also informed me that they were told their complaints were treated as “one strike” because they filed them jointly. This is odd not just because it was a clear attempt to manufacture a loophole in whatever DC’s employee handbook guidelines were (and thus inexplicably perhaps creating an opening for Berganza to claim wrongful dismissal via breach of contract) but also because in most major corporations, those handbooks usually treat things like sexual harassment, violence and hate speech as one strike incidents.

The reason things like sexual harassment and assault are considered one strike isn’t just because more severe incidents are morally viewed as deserving of more severe repercussions but because from an HR perspective, these are all considered the most likely incidents to result in a lawsuit against the employer. And when you’re headquartered in an at will state like New York, there is simply no reason why you wouldn’t fire an employee putting you at risk of a lawsuit when their ability to bring a wrongful dismissal suit against you is effectively nonexistent.

All of this indicates that Eddie Berganza’s superiors gave him preferential treatment to his victims and were willing to bring major legal risk to the company in order to keep him on staff. There was nothing restricting the company from doing something about Berganza and his behavior at any point, they simply did not want to do anything beyond the bare minimum and by doing so they continued to inflict damage on the people he victimized.

Many of the people Berganza victimized eventually left DC because they felt they could not move up in the company, or because they did not feel valued by the company. Some of Berganza’s victims left comics altogether. DC knew these victims continued to feel uncomfortable and they not only did nothing about it, they forced these victims to watch as Berganza remained in a position of power, with the full defense and support of the company. It might be easier and more comforting to believe that DC was some kind of victim itself, barred from taking action against Berganza because of bureaucracy but this is not the case. DC chose to take part in the continued victimization of these people and chose to do nothing despite their ability to remove this man from the company, and for that they must be held just as accountable as the predator they enable.