You are here: Home / Features / Three Billboards and the Exploitation of Black Activism 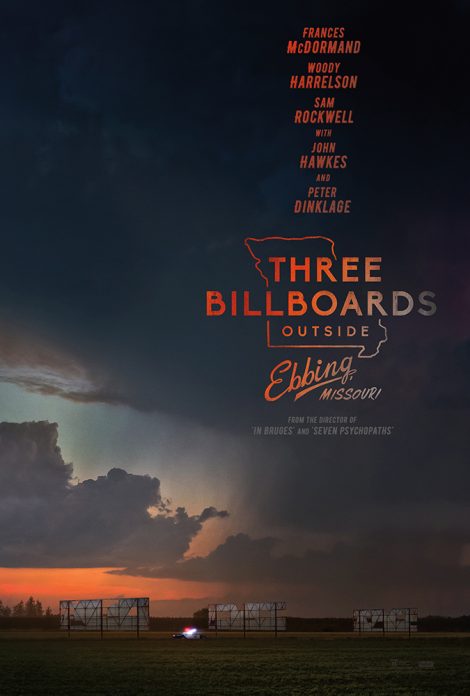 Around the midway point of Martin McDonagh’s new film Three Billboards Outside Ebbing, Missouri, Frances McDormand’s righteously angry Mildred heads to work, only to find a post-it note on the door from her co-worker Denise (Amanda Warren) reading “I’ve been arrested :(” Mildred is immediately aware that Denise’s arrest is because of Mildred’s war against the local police department and so heads to the station to confront the local cops about this, labeling it “bullshit.” But there’s another level of bullshit to this that McDonagh doesn’t seem capable of interacting with in any meaningful way, the fact that while Denise is seemingly perfectly content to be arrested as collateral damage for her white friend’s campaign to force police to do more about her daughter’s murder, Mildred only wants to utilize the local police department’s violence against the black community to serve her needs while offering no help in return.

All throughout Three Billboards, Mildred and others bring up an incident where Sam Rockwell’s raging idiot police officer Dixon beat a black man in his custody. This incident is at least partially what motivates Mildred to put up the titular three billboards questioning Chief Willoughby (Woody Harrelson) for his apparent inaction. As Mildred tells Willoughby in one of their first confrontations, “it seems the police department is too busy torturing black folk to solve actual crimes,” and Dixon’s continued presence on the force is indeed troubling, since he’s not only a violent racist but also an incompetent drunk prone to flying off the handle. But like Mildred, the film only seems interested in using this police brutality subplot to make us further sympathize with a white woman; McDonagh never humanizes Dixon’s first victim (I’m not sure we ever even learn his full name), and of the three black characters in the film, only one is given any kind of shape while the other two, including Denise, exist as living props to further politicize Mildred’s cause without being granted even the slightest autonomy.

With Three Billboards, McDonagh seems to want to stand out from the crowded “a white woman was raped and murdered” procedural not just through his critically approved quirky style but also through the shallow infusion of Black Lives Matter talking points and aesthetic. Other recent murder dramas like Top of the Lake and even Twin Peaks are also set in predominantly white rural areas and while this can be troubling for representation reasons, they at least actively avoid problematic framing and the exploitation of people of color. Three Billboards by contrast attempts to engage with racism by indulging in a subtler form of racism, coopting the visuals and activism techniques of Black Lives Matter not in solidarity with them but as an attempt to bring political legitimacy to a white woman’s crusade. The film’s climax even involves McDormand suiting up and posing like slain Ferguson protester Edward Crawford as she hurls molotov cocktails at the Ebbing police station.

Where this becomes even more disappointing is in the dialogue of the film. McDonagh is arguably a director known for his dialogue more than any visual element of his work, but Three Billboards is exceptionally tone deaf and stilted, indicating McDonagh’s style is incapable of fitting into a more political realm. At several points in the film, white characters, including ostensible hero and audience focal point Mildred, casually throw around not just the n word but also “r*tard,” “f*ggot” and any number of other slurs. With the exception of Clarke Peters’ Abercrombie, the replacement for Chief Willoughby who calls out the “crackers” at the EPD, none of the characters of color in the film are given an opportunity to speak up about this language or the dehumanization they endure from their white peers.

To be clear, this is not a tactic by McDonagh to show the racism of this town. McDonagh’s films have always had this issue with language, but it’s never been as severe as it is in Three Billboards because McDonagh has previously never attempted to engage so directly with racism or bigotry. Three Billboards is written in a way that encourages the viewer to believe what Mildred is doing will have a trickle down effect on the black population of Ebbing (particularly when Dixon gets his inevitable moment of redemption) so when she utilizes racist and bigoted rhetoric herself with no repercussions (along with other ostensibly heroic side characters), it only further illuminates how tone deaf and insensitive Three Billboards is. It establishes that Mildred, and McDonagh himself, do not care about the populations they are exploiting to make their unrelated points. 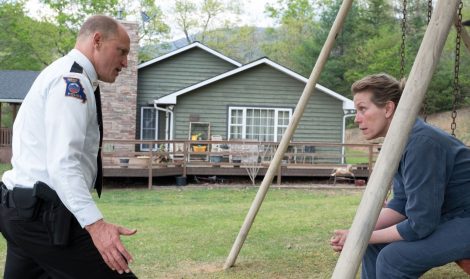 And somehow, McDonagh is getting away with it. The film currently has a 95% rating on Rotten Tomatoes, with the AV Club’s A.A. Dowd singling out McDormand’s performance as “righteous fury personified.” Dowd makes his case in part by heralding “a juicy, show-stopping monologue” where Mildred suggests LA’s disturbingly racist gang injunction policy, whereby anyone perceived as being part of a gang could be held accountable for other gang members’ crimes even if they had no part in them, should also be applied to the Catholic Church, effectively putting mere membership in a gang on par with widespread pedophilia. The predominantly white male critics who always flock to McDonagh’s films do not view Mildred as a glaring example of white feminism gone wrong but as a better symbol of raging against the police machine than the people in her community who have been far more victimized and wronged by that system.

In a way, perhaps that makes Three Billboards even more realistic. It’s not enough that someone like Mildred would exploit black activism to bring attention to her own cause, or that she is guilty of racism and bigotry herself. Mildred must also serve as yet another example that violence against black bodies is perceived as mattering less than violence against white women. So yes, there are lessons to be learned from Three Billboards, I’m just not sure they’re lessons its own creators are willing to learn from.