Loser City continues its tradition of gonzo SXSW reporting with a preview of our most anticipated films at this year’s SXSW Film festival. The selections run the gamut from magical realist Polish films to documentaries on tech pirates and KKK-befriending black musicians.

In a Valley of Violence 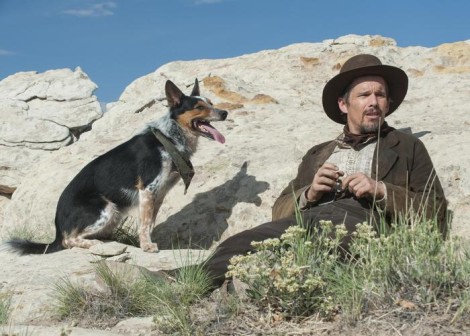 What It Is: Minimalist horror auteur Ti West steps outside his normal genre to make a Western about a man (Ethan Hawke) and his dog on a journey through the west. A questionable shortcut lands them in Denton, a desolate town at the center of a “valley of violence,” where they end up in conflict with the populace, including John Travolta and Karen Gillan.

Why We’re Excited: Ti West may not have made a Western before, but his track record as a director makes this an easy pick. Prior works like The House of the Devil and The Innkeepers showed that he is a master of economic space, while The Sacrament proved he is capable of handling larger environments and casts with ease. Ethan Hawke is also a SXSW veteran and most of his premieres at the festival show off his genre chops. There might be bigger budgeted movies at SXSW this year, but In a Valley of Violence has all the signs of becoming a sleeper hit.


What It Is: An eleven-year-old boy confronts the onset of puberty by doing what we surely all did: freaking the eff out about his mysteriously morphing body on the inside and externally managing his frustration by running an illicit urine black market at his school. Classic childhood capers. This Polish feature works in magical realism elements and animation to serve as symbols of main character Mickey’s discomfort and confusion.

Why We’re Excited: The adventurous plot alone piqued our interest, combining pubescent body curiosity and darkly comic youth rebellion. Then we saw the trailer. Baby Bump looks completely off the wall and daring, tackling the frustrations and total gory weirdnesses of growing into your adult body with frankness and the sort of hyperbolic grimness that suggests it will do right by its subject matter. The trailer suggests an aversion to saccharine heavy-handedness, choosing rather to represent the natural chaos and vulnerability of “coming of age” with empathy, a sense of humor, and a whole slew of refreshingly bizarre, bracing visuals. Bonus points for the ultra cool Eastern European attitude.

The Art of Organized Noize

What It Is: A documentary on devastating hip hop production outfit Organized Noize, detailing their history and the profound impact they’ve had on pop music thanks to their work with groups like Outkast, TLC, Ludacris and more.

Why We’re Excited: Few production teams have had as much of an influence on the world of pop as Organized Noize, and the assembled cast of interview subjects, including Outkast, Future, Ludacris and more, reflects that. SXSW has always exceled at premiering vital documentaries on behind the scenes music figures and this looks to be an especially remarkable examination of one of the most brilliant teams in music. 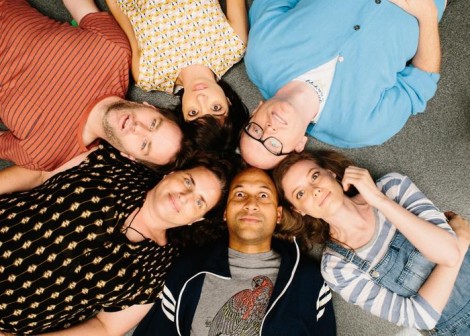 What It Is: Mike Birbiglia’s newest project. The comedian and storyteller known for his autobiographical stage show and film Sleepwalk With Me has been busy releasing comedy specials and acting in small roles for the past several years, but he’s back this year with another feature that he’s writing, directing, and starring in, this time about a New York improv troupe that’s future is compromised by its members achieving drastically different levels of success.

Why We’re Excited: Uh, the cast: Birbiglia stars alongside a deep bench of proven comedy vets: Keegan-Michael Key, Gillian Jacobs (who we’re particularly excited about given her recent career-high performance as Mickey on Netflix series Love), Garfunkel and Oates’ Kate Micucci, and Chris Gethard. All of these comedians are also solid actors, and we’re hoping Birbiglia’s script allows their unique energies to combine and create a whole even better than the sum of its super awesome parts.

What It Is: An eerie film about malevolent spirits haunting a family from Iranian-born newcomer Babak Anvari, Under the Shadow stands out for its political backdrop, with the chaos of the Iraq-Iran war unfolding in the background and an undetonated missile serving as a more grounded evil spirit terrorizing a mother and her daughter.

Why We’re Excited: Anvari is relatively untested as a director, with only a short film to his name, but the central plot of Under the Shadow alone makes it worth taking a chance on. The teaser clips that have been released also indicate that Anvari is skilled at subverting modern domestic horror tropes, turning a mother’s totally reasonable fear of the wartime chaos around her into a supernatural terror for her daughter. It seems likely that a lot of the horror in the film won’t come from jump scares but from the constant fear of external threats, and is a desert spirit really any more scary than the knowledge that a bomb is hanging over your head?

What It Is: Archival footage, interviews, and rotoscopic animation combine to tell the story of America’s first mass school shooting, the 1966 massacre by a sniper on top of The University of Texas Tower, which left sixteen dead. Interviews with victims, witnesses, law enforcement, and experts are interspersed with a dynamic rotoscopic reenactment of the tragedy.

Why We’re Excited: This documentary’s subject matter has never been more relevant, as Texas’s highly disputed and highly frightening open campus carry law goes into effect this year on August 1st, the exact fiftieth anniversary–to the day–of the Tower shooting. Campus safety is on everyone’s minds, and this close-to-home documentary gives us all another chance to explore one of the most harrowing moments in the history of our beloved local university while looking anxiously ahead to the implications of this new law.

What It Is: An ominous feature starring Rory Culkin as a young man who returns home to take care of his mother after she survives a horrific car crash that kills his father. But when he returns home, he stumbles across some dark secrets from their family history.

Why We’re Excited: Culkin is an underappreciated actor and Jack Goes Home looks to be an excellent vehicle for his simmering intensity and moodiness, but beyond that it has a promising visual sense, making it a potential successor to previous SXSW hits like Oculus and The Invitation. The trailer doesn’t give much in the way of details of what the story even is, but the flashback sequences it teases are deeply unsettling. What is shown appears to be on the level of other descents into cinematic insanity, like In the Mouth of Madness and The Shining.

Goodnight Brooklyn – The Story of Death by Audio

What It Is: A look at the salad days and waning final hours of Brooklyn’s most beloved and respected DIY venue-slash-arts-collective, Death by Audio. The documentary gives viewers an inside look at the space’s humble beginnings and the scene it helped build and support, as well as the challenges that came with the building’s eventual purchase by Vice Media, who then closed the venue down.

Why We’re Excited: Conflicts about scene growth/ownership and the challenges of maintaining a DIY-centered artistic infrastructure in an increasingly commercialized world are interesting to be sure, but we’re mostly excited by the energy of this documentary. It promises to provide plenty of vibrant and intimate footage from the underground music and arts scene that Death by Audio fostered. Plus, the space was beloved by a ton of our favorite musicians, many of whom (Thee Oh Sees, Ty Segall, Future Islands) played at the final Death by Audio show–captured by the filmmakers–before it closed its doors in November of 2014.

What It Is: A well-designed documentary exploring the Texan end of the personal computer revolution, focused on the upstart efforts of Texan companies like Compaq to unseat IBM as the masters of the home computer world.

Why We’re Excited: Outside of its music documentaries, SXSW also has a great track record with tech documentaries, with previous years giving us excellent premieres like Deep Web and the cult mockumentary Computer Chess. Silicon Cowboys is poised to carry on that tradition, with its clever aesthetic, matching the green-on-black tones of the early PCs, and a snappy editing style, but its real hook is the rebellious personalities of its Texas entrepreneurs. Fans of AMC’s Halt and Catch Fire will undoubtedly be drawn in by that show’s source material, which is as entertaining and dramatic as its fictional analogue.

What It Is: Accomplished blues musician Daryl Davis, who’s played with Chuck Berry, Jerry Lee Lewis and Bruce Hornsby, has devoted much of his life to visiting and befriending members of the KKK across America, confronting them face to face about how they can hate him, a black man, without ever having met him.

Why We’re Excited: This is compelling stuff. Davis is a remarkable subject, warm and confident in his interactions with people who have devoted their lives to fighting against his very existence. He approaches the horrifying racist violence of America’s past and present on a boldly vulnerable, human level, and collects the Klan memorabilia of those whose attitudes he has shifted through his engagement with them, painting a fascinating picture of racism in America today from a unique and personal angle.

Tune in to Loser City for the next couple weeks to read our thoughts on the festival’s world premieres, remasters and assorted other presentations!